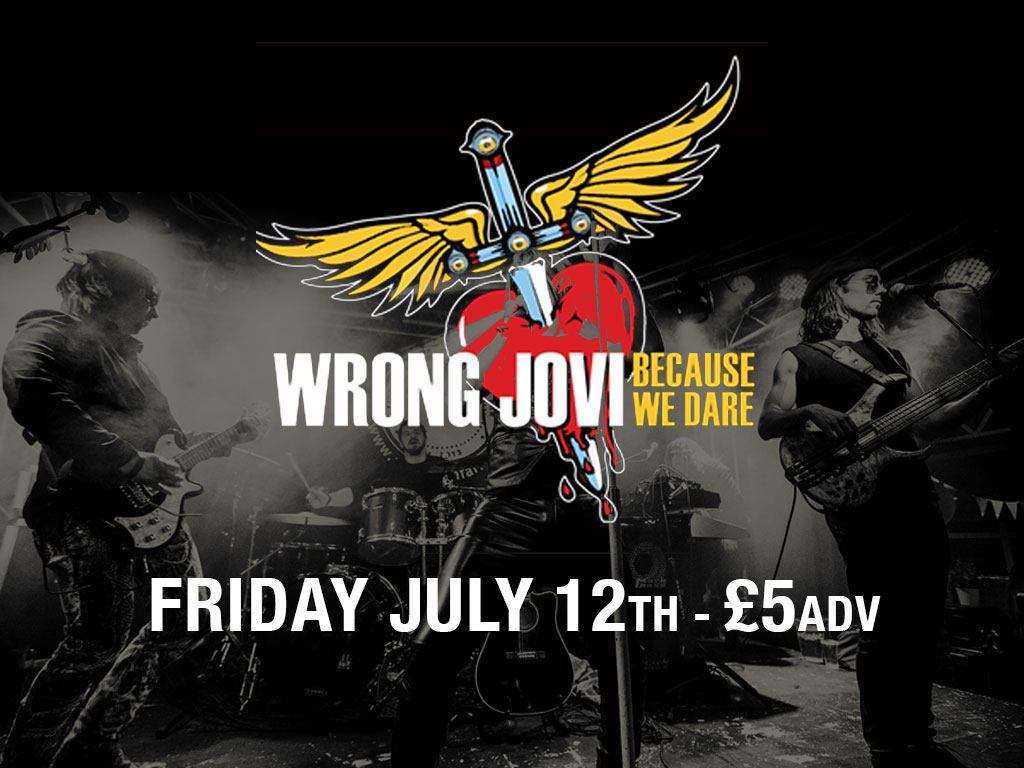 Featuring Ally Ward (X Factor, The Singer Takes It All and Singdate) aka Jon Wrong Jovi on vocals, Wrong Jovi have one of the UKs most talented front men leading the band through some of rock n rolls most legendary songs. Ally is backed by some of the UKs most highly respected musicians. Founding member Mark Harding provides Richie Samboras fiery guitar lines, backing vocals and even lead vocals on occasion. Simon James (David Bryan) on keyboards and Backing vocals, Giuliano Ianarelli (Hugh McDonald) on bass and Backing vocals and Rhys Kirkman (Tico Torres) on drums complete the lineup.

With attention to detail in sound and performance, Wrong Jovi were described as “better than the real thing” by Club 85, Hitchin at their very first gig. The Wrong Jovi show is second to none. The band have also appeared live on FUBAR Radios Justin Lee Collins show where the listening audience were wowed by the bands acoustic renditions of Livin’ On A Prayer, Wanted Dead or Alive and Always.

The event is finished.